Be solar smart: How to optimise your solar power system 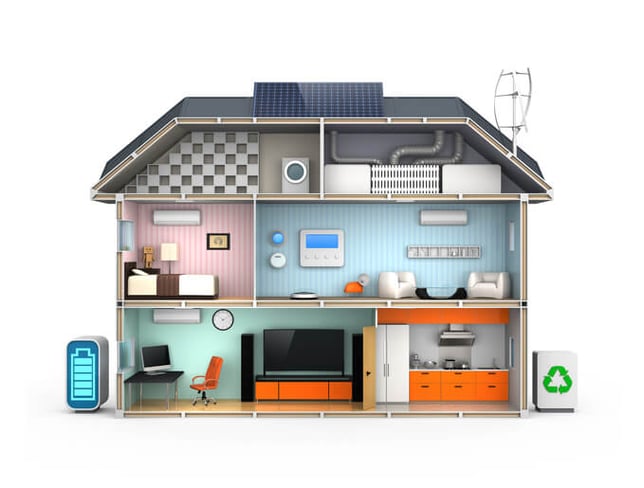 However, as many of our customers discover, by making a few simple adjustments to your power usage, you can really rev up your potential solar savings.

Because solar panels can only take in so much sunlight at once, you’ll want to get the most out of your solar energy as it’s being produced, while reducing your overall power usage in small ways. This way, you’ll save as much money as possible.

Here are some great ways to make your home ‘solar smart’ – and ensure lower costs on your monthly bills.

Use the highest-drain appliances when the sun is out

The biggest energy-guzzling devices, of course, put the biggest load on your solar power system. Appliances like your dishwasher, TV, tumble dryer, electrical stove/oven and fridge/freeze can easily use 1 kWh or more every time they’re used. They’re especially hungry on your home’s power usage if you have several of them running at the same time.

For this reason, you should use high-drain appliances a little differently in a solar powered home. Run them when sunlight is at its peak so that they run as efficiently as possible.

For example, you can use timers – whether they’re built in to the device, or they’re bought separately and added on – to have your clothes washers, dishwashers and other devices run while you’re not at home in the day time. Adjust your timers to run the devices in a ‘staggered’ way, one at a time, to ensure they don’t max out the solar system and begin using grid electricity.

To calculate exactly how much your appliances will drain your solar system, determine your ‘base load’ by adding up the power ratings of the devices you run all the time, such as your refrigerator. Then, combine that with your ‘variable load’, which you can figure out by adding the ratings of all the devices you run occasionally (for example, your clothes washer and dryer, and your microwave oven).

A kitchen is typically the big source of home power usage. Changing up your kitchen routine can have a big effect on solar savings!

First, consider cooking meals more often with a microwave or slow cooker, rather than a conventional stove. A slow cooker can operate on 100-200 watts per hour, while a typical microwave is rated at around 700 watts. In both cases, you’re using less energy than you would with your oven.

Also, watch how you use your kettle. Use it sparingly, as kettles can drain 2 kW or more in an hour. You might look into using a vacuum kettle instead, which can keep water warm for several hours after it’s used.

Again, use as many of these appliances during sunlight hours to save the most money in a solar-powered home.

Your old dishwasher, refrigerator, stove, washing machine, and tumble dryer can all push past your solar system’s capacity and start to draw on grid electricity. Look at your appliances’ Energy Rating Labels and check the manuals to ensure you’re maximizing efficiency. If you choose to upgrade, go for the smallest and most economical appliances that suits your needs, such as dish drawers rather than a full-size dishwasher, or a combination of a smaller ‘freezerless’ refrigerator and a separate chest freezer, instead of a conventional fridge.

It’s easy to find energy-efficient alternatives for most major appliances, and making the switch now can ensure your solar payback happens sooner. Even better, you can use energy-efficient models during the evening and in less-sunny conditions, such as during winter, with fewer worries about consuming too much power.

Use power sparingly during off-peak hours

After the sun goes down for the day, the ‘variable load’ on your solar energy system comes into play. That’s where your costs can really go up.

To be solar smart in the evening, only use what you need. Use fewer lights, and where possible, use energy-efficient lighting such as LED bulbs or compact fluorescent lamps (CFLs). It also helps to keep TVs and computers off when you’re not actively using them, and to keep your mobile phone fully charged in the daytime so that recharging isn’t needed at night. If you have a heat pump or heater, think about preheating your home during the day so that it’s nice and warm in the evening – no extra power consumption needed.

By making these simple choices about your power usage at home, you’ll ensure that your solar energy system keeps its promise and saves you money.