Selling Excess Power - All You Need to Know 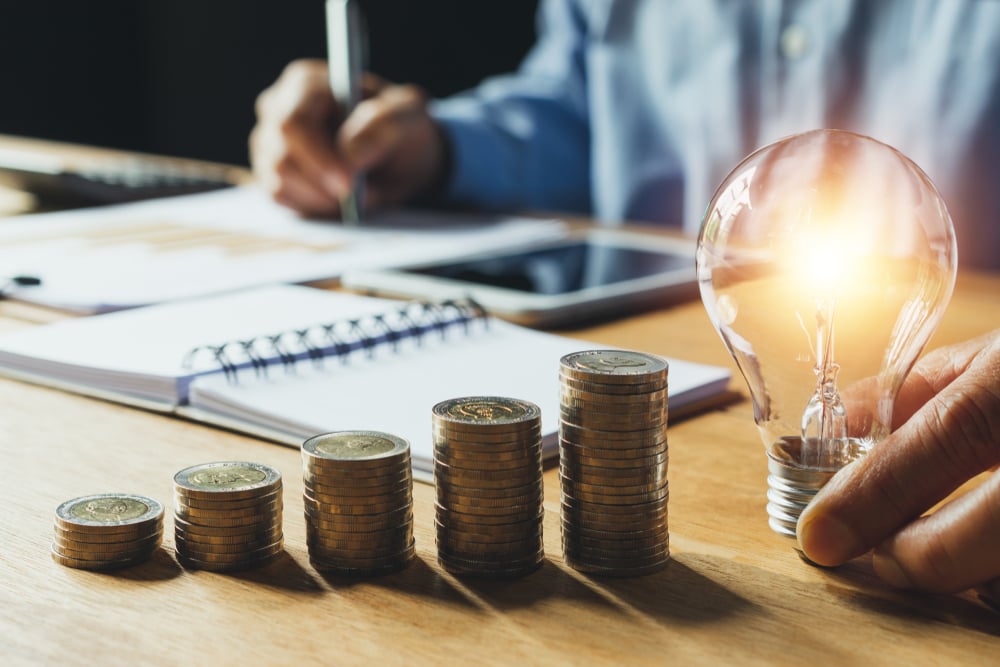 All your life you will have spent money on electricity.

But did you know that you can generate your own power and sell it to make money?

We will discuss the details on how exactly this works, but before that, let’s have a look at the current solar-panel trend.

Indeed, solar is the future!

What is selling excess power?

When you get those new shiny solar panels installed on your roof, you can either choose to store the solar power in a battery storage system, run electrical appliances at your home, or (and here’s how you make money) sell the power to the retailers by connecting with the grid.

Needless to say, there are a few retailers out there who are ready to buy this excess power from small-scale domestic generators which include wind turbines and of course - solar panels.

Selling excess power is also known by some other names like distribution generation, import/export, buy back or embedded generation.

Indeed, selling excess power is a smart way to make some extra side income, but you might also want to learn about these hacks on how to save power.

That being said, let’s talk about how to get started with selling excess power.

Before you’re able to export solar power, you must have written approval from your lines company.

Don’t know who your lines company is? Take a look at the Lines Company Map.

If you refer to the image, you will notice the search term “Birkenhead 0626” and the lines company for this suburb is Vector, as seen in the upper left corner of the image. By the way, 0626 is the postal code of Birkenhead (which is a suburb in Auckland). You can also enter your full address if you want to.

How does selling power back to the grid work? 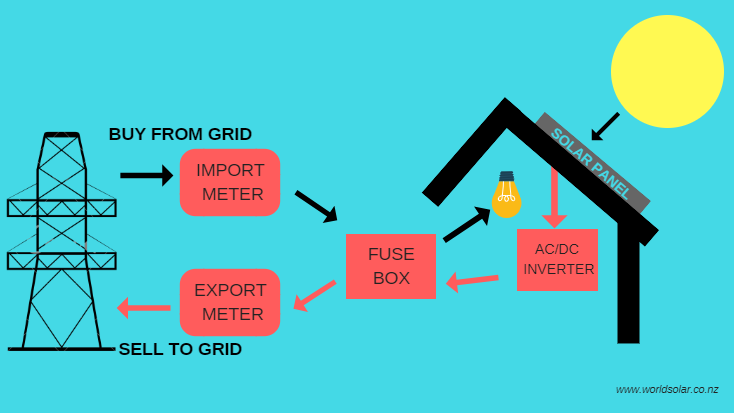 We created a schematic representation to sum it all up, easy-peasy.

When it comes to selling your solar power, an import-export meter is required to record your usage and output. Don’t worry, these aren’t too expensive.

As the name suggests, an import-export meter comes with two registers. One of them records the power usage from the network and the other one records power output to the network - you know, the one that your shiny solar panels are generating.

These meters are also known as Buy-Back Meter or 2-way meter and you simply need your network company’s approval before this meter can be installed.

Your fuse box is connected to the import-export meter. An inverter, which displays the electricity generated, is also placed along with the fuse box and connected to it - as shown in the image above.

Why sell power back to the grid?

I have installed solar panels on the roof of my 3-storey house in Waitakere, Auckland. I sell the excess power back to the retailer at 8 cents/ kWh and I buy the incoming power for 13 cents / kWh. My power bill is around $120 every month. It would be twice as much if it wasn’t for the solar panels

One of the first things you will notice as soon as you install solar panels is lower power bills - especially during the summer months.

Yes, the initial investment of a few thousand dollars might sound big, but once you reach the point where the solar panels have paid for themselves - all that is left is savings and earnings.

Remember, this is a marathon - not a sprint! After all, persistence pays off in the long run (pun intended).

There are some companies that offer insanely affordable payment options.

Here at World Solar, you can get a 50-month interest-free credit for purchases above $1050.

Which basically means that there is no interest for about 4 years after the purchase. Crazy affordable, isn’t it?

Don’t just take our word for it.

Our lovely customer Kurt generated more power than he expected, even though it was a rainy day. He was extremely happy and left World Solar a kind review on our Facebook page.

Apparently, Kurt made a smart decision!

Want to see how much power you can create and sell using solar panels? Feel free to use our savings calculator below.