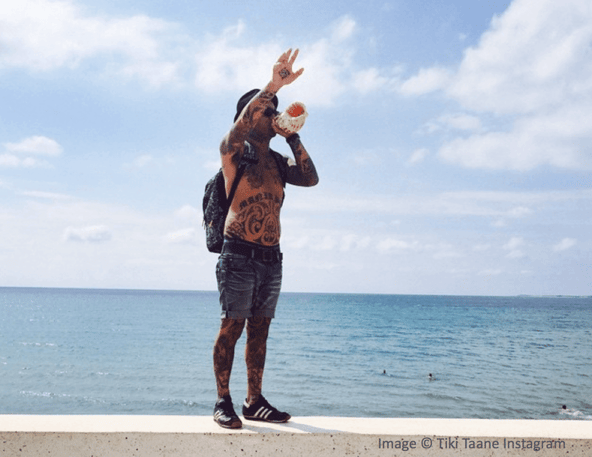 ‘Going green’ in New Zealand, through the use of solar power and other renewable energy sources, isn’t just something companies and big industry players can do.

The average individual can have a large impact as well.

One of those individuals is a household name in New Zealand: Tiki Taane, famous singer, songwriter and producer.

Tiki Taane has been a trailblazer for sustainability in New Zealand, and he has much to say about the ‘power’ of solar power and the benefits of an environmentally-conscious lifestyle.

Tiki’s love for sustainability is nothing new. Take his recent joint protest with Greenpeace as an example.

In October 2016, Tiki made a powerful statement to the Electricity Authority. In a move sponsored by Greenpeace NZ, Tiki had 45,000 paper petitions, all shaped as suns, shower him during his performance of the song Shine Your Love at an event.

The move was in protest of the Energy Authority’s ruling in favour of one energy company which opted to charge customers more for using solar energy.

The ruling could have had negative ripple effects, with other large energy companies potentially imposing their own ‘tax’ on solar energy. But 45,000 Kiwis made their voices heard, demanding more support for solar.

As we’ve shown before, solar power can save the average homeowner a lot on monthly bills, all while contributing to a cleaner environment and reducing dependence on fossil fuels.

Tiki’s move with Greenpeace, shone light on the path towards greater adoption of solar in New Zealand.

Tiki’s daily life is all about embracing sustainability.

As he shared in a recent interview with the NZ Herald, the way he spends his days is a result of ‘just trying to... think outside the box a little bit on how to live’.

He has built his home to rely on solar power - and that includes his home recording studio and all the equipment. He is proud of the fact that his music is entirely ‘powered by the sun’, which he considers something ‘beautiful’.

Tiki is a great example of a Kiwi who uses solar to meet all of his and his family’s energy needs. We can expect to see many more homeowners adopt the lifestyle as NZ continues to go green!

Tiki is taking his commitment to sustainability even further... literally, on the road.

He has partnered with Hyundai NZ to use their brand new, fully-electric car model, the Hyundai IONIQ, as his official vehicle during his summer 2018 tour. Tiki plans to blog and make social media posts about his experience with the car as he uses it.

The car contributes zero carbon emissions, meaning it’s great for the health of the environment. He’ll even be able to charge his car at home! And the thing that’s making it all possible: energy derived from simple sunlight.

Tiki Taane is an awesome example for us all as he spreads the word about renewable energy and sustainable living, demonstrating how good a life powered by the sun really is.